Will Bitcoin burn the planet to ashes? Not so fast.

Environmentalists have recently become concerned about the impact Bitcoin mining has on global warming. Headlines such as “Bitcoin Will Burn the Planet Down. The Question: How Fast?” and “Bitcoin Mining Alone Could Raise Global Temperatures Above Critical Limit By 2033” suggest that Bitcoin is an unfolding environmental disaster.

Regardless of your opinion on the danger of global warming, Bitcoin does not use nearly as much energy as claimed, will become far more efficient as it grows, and most importantly, solves one of the greatest causes of resource inefficiency, corruption, and human suffering.

When Bitcoin critics focus on the raw energy usage of Bitcoin mining, they miss the bigger picture: cryptocurrency production is a competitive market process.

Because the cost of Bitcoin mining comes mostly from electricity consumption, Bitcoin mining is concentrated in places with cheap or surplus energy. Industrial-scale mining facilities are located in far-flung locations with cheap hydro-electric, nuclear, geothermal power, or undeveloped industrial regions with excess production. Energy costs money, and miners will always look for the world’s best sources of cheap and efficient energy. Cryptocurrency mining is a means to tap underutilized energy resources for a valuable purpose—the maintenance of a monetary system. No other industry can rapidly move into an industrial ghost town and create value the way Bitcoin mining firms do.

Furthermore, the total energy usage of Bitcoin is limited by economics: crypto-miners will only keep mining when their profit is higher than the cost of electricity. The Bitcoin network automatically adjusts the difficulty of mining new blocks in response to the “hash rate” or the net mining capacity of the network. This means that Bitcoin has a built-in cap on energy use, and can dynamically adjust in response to energy prices and innovation in computational hardware.  Currently, humanity consumes around 17.7 Terawatts per year. The Economist estimates that Bitcoin uses 2.55 gigawatts or .014% of that. Some estimate the total use of cryptocurrencies at 7.7 gigawatts, but it’s likely that a single cryptocurrency will dominate after the current shakeout period.

Mining is a small part of the blockchain economy

Claims that “by February 2020, [Bitcoin] will use as much electricity as the entire world does today” assume that growth energy consumption will be proportional with cryptocurrency adoption. But mining is a small part of the blockchain economy and blockchain adoption doesn’t equate to more people mining Bitcoin.

The purpose of mining cryptocurrency is to provide a market-based and fraud-resistant platform to establish ownership of Bitcoins. Once ownership is secured, new scaling technologies enable a near-infinite number of transactions can be made with Bitcoins without any additional mining.

In late 2017, the Bitcoin network reached the limits of how fast it could process transactions and in response, the cryptocurrency community shifted its focus to technologies that would enable the network to scale (grow) to support the entire global economy. There is active debate and experimentation about the best solution to scaling Bitcoin, but they all share the goal of enabling more transactions to be processed by the network without dramatically increasing computational, hardware, and energy requirements.

Cryptocurrency mining is just the tip of the blockchain iceberg. Second-layer transaction networks like Lightning Network and other off-chain transactions do not involve mining and are far less energy intensive. While Bitcoin’s total energy usage will grow with adoption, it’s quite possible that mining will never grow beyond the .01% of the world’s energy consumption it uses today.

Consider gold—it takes a lot of energy to extract out of the ground. Once extracted and formed into coins, it takes a lot less additional energy to use gold. As a digital entity, Bitcoin transactions themselves need far less energy than gold or fiat (paper money) transactions, for reasons I will explain below.

Bitcoin will free far more resources than it uses

Here is the most important point Bitcoin critics miss: cryptocurrencies are not a zero-sum game, they were created to solve a real problem. By eliminating the need for intermediaries in financial transactions, Bitcoin and other blockchains can liberate billions of people around the world and free a large segment of the economy for more productive purposes.

We have to understand the problem that Satoshi Nakamoto intended to solve when he invented Bitcoin. His vision is a “purely peer-to-peer version of electronic cash [that] would allow online payments to be sent directly from one party to another without going through a financial institution.” What’s wrong with using financial institutions as intermediaries?

Likewise, 5.3 billion people don’t have a clear title to their property and “remain trapped by the “tragedy of the commons” where their unregistered assets can be stolen by powerful interests, hurting individuals and broader economic development,” according to economist Hernando de Soto. The United Nations Development Program is now trying blockchain-based property deeds in India that will allow people to build permanent structures, connect to utility networks and buy and sell their property for the first time. What is the climate impact of billions of people who burn firewood and coal for heat because they don’t have title to their own land and cannot accumulate savings for infrastructure improvements? What is the human impact on the citizens of Zimbabwe, Venezuela, the Republic of Congo, or the dozens of other countries who have had their savings evaporated because their governments failed to provide a sound monetary system?

Bitcoin was invented to solve the inefficiencies of legacy financial systems. By cutting out both governments and corporations as intermediaries, it can put idle resources to use and eliminate the economic waste and destruction caused by unreliable monetary systems.

The economic inefficiency from unreliable financial intermediaries is not limited to the developing world. The 2008 financial crisis was caused by both unclear property records and the Federal Reserve’s manipulation of interest rates—what was its energy cost? What about the energy consumption of the banking and financial sector, which expanded massively in response to new regulations passed after the financial crises, and is stealing the best and brightest minds from more productive and meaningful pursuits? What about the trillions of dollars spent by the US government waging wars due to its ability to issue virtually unlimited debt by creating new money? The twentieth-century phenomenon of total war could not have been possible without total economic mobilization as a result of controlling the money supply.

Cryptocurrency won’t fix all of the world’s problems, but our financial system is an antiquated and corrupt mess which generates tremendous inefficiencies and waste.

By eliminating intermediaries, cryptocurrencies eliminate the waste caused by the financial sector

The point is this: money is essential for modern society to exist, and Bitcoin is the culmination of thousands of years in the evolution of money. Linking the function of money to our political system has proven enormously wasteful and destructive during the 20th and 21st centuries. Yes, creating a monetary system costs money and energy: however, Bitcoin is far more efficient than the dominant alternatives.

Finally, while Bitcoin is the dominant cryptocurrency, some projects have attempted “proof of stake” approaches which don’t involve mining. They are competing with Bitcoin for market share, and if any one of them manages to create a decentralized, robust, and scalable alternative to Bitcoin, people will adopt.

Yes, Bitcoin mining uses energy and resources, but far less than legacy financial systems. By separating money from politics, Bitcoin enables many more efficiencies than the cost to produce it.

No Wired, Bitcoin is NOT going to burn the planet down. Here’s why. – CryptoNews – Cryptocurrency news, bitcoin, ethereum, blockchain, smart contracts · November 9, 2018 at 4:29 pm

CryptoCurrency : No Wired, cryptocurrencies are NOT going to burn the planet down. Here's why. - FindCrypto.net - The official source for CryptoCurrency News, Discussion & Analysis From Around the world · November 12, 2018 at 10:50 am

Leave a Reply to No Wired, Bitcoin is NOT going to burn the planet down. Here’s why. | 1 Crypto Cancel reply 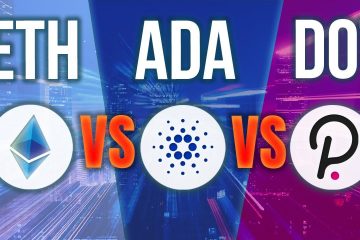 How Many Horses are in the Crypto Asset Race?

While Bitcoin is undoubtedly the most recognized crypto currency in the world, there are literally thousands of other cryptos in existence.  While we tend to call everything in the crypto space “cryptocurrencies”, this is misleading Bitcoin can seem like the merger of the Wild West and the Jetsons.  If you aren’t already an expert, keeping away might seem safer.  Fortunately, Vellum Capital prepared a whitepaper that makes sense of the cryptocurrency Will Bitcoin ever go to Zero?

In November of 2020, we posted an article that looked at whether Bitcoin was poised to push past the $20,000 barrier.  Entitled, “Will Bitcoin Go Over $20K to Reach a New ATH,” that article is