The classic criticism against the gold standard is that it was too costly. Why are these guys wasting resources to suit up, dig into mountains, desperately seeking a finite resource, and slogging the results all the way to Treasury Department?

This is all just silly. We know how to make money: you print it. It’s far cheaper to print than mine. A paper standard will save a tremendous amount of resources that can go to other purposes.

There is a plausibility to the claim. We do know how to make money substitutes that appear to work just as well as what we used to call money. The costs of mining operations are huge and discovering new deposits has to be funded. It involves speculation and drains financial and time resources, all to find the thing we already know how to make (more or less) with paper and ink.

J.M. Keynes agreed. He wrote a monograph in 1923 (“A Tract on Monetary Reform”) that condemned governments for depreciating currency, warned of monetary instability after the war, and then…dropped a bomb at the close of the book. He said that the gold standard is too inflexible for modern times. It has to go. Indeed it is a “barbarous relic” that should be replaced by a money wholly managed by the central bank.

Thousands of economists for decades followed Keynes’s view, each of which imagines himself to be the central bank chief, ready to impose his own vision of what monetary power can accomplish.

Gold belongs to the past, not to an age of scientific central planning, or so went the refrain. The old-fashioned gold standard, with its limits and discipline and self-managing logic, just has to be destroyed. And so it was, for many decades, until 1971 when all that was left of it was demolished.

There is a reason that Bitcoin is being called Digital Gold. It was structured to operate the same way as the classical gold standard minus the sponsorship of government. It requires no centralized management. You have to expend resources to become the first owner of the initial resource. There is a finite supply of the specie payment. Payments are finally settled when made. Bitcoin is the gold standard ported over to the digital age.

In gold mining, as the price of the metal rises, the inspiration for finding and mining more deposits rises, along with the profits of the mining industry itself. It is just the same in Bitcoin. During the mad runup in price of 2017, miner revenue has gone through the roof. 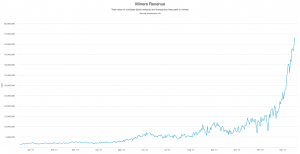 Now we are seeing the same argument against the gold Standard used against Bitcoin. It is said to be wasting massive energy. “The amount of energy used by computers ‘mining’ bitcoin so far this year is greater than the annual usage of almost 160 countries,” says the Business Insider.

Salon rails against the trend:

But what they might not have accounted for is how much of an energy suck the computer network behind bitcoin could one day become. Simply put, Bitcoin is slowing the effort to achieve a rapid transition away from fossil fuels. What’s more, this is just the beginning. Given its rapidly growing climate footprint, bitcoin is a malignant development, and it’s getting worse.

Here is a chart from the United States alone. 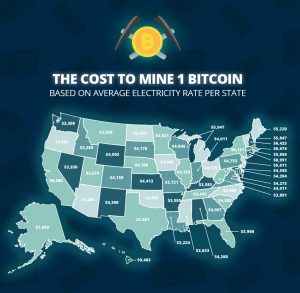 At current prices, mining is worth it, perhaps not for individuals but for whole mining pools. But what about the social and environmental costs?

The true costs of the paper standard would have to take into account (1) the costs imposed on society by different political factions in their attempts to gain control of the printing press, (2) the costs imposed by special-interest groups in their attempts to persuade the controller of the printing press to misuse its authority (print more money) for the benefit of the special interests, (3) the costs in the form of inflation-induced misallocations of resources that occur throughout the economy as a result of the monetary authority succumbing to the political pressures of the special interests, and (4) the costs incurred by businessmen in their attempts to predict what the monetary authority will do in the future and to hedge against likely, but uncertain, consequences of monetary irresponsibility.

So the costs of the paper standard include the inflation risk, political opportunism, the explosion of government debt, the vast expansion of government power, the building of cartelized money and financial institutions, the politicization of money, the destruction of savings and investment (in light of zero-percent interest rates) and the rise of endless boom-bust cycles.

The experience with Bitcoin underscores other costs. Bitcoin works on a trustless basis that ideally requires no established credit or identity. That makes Bitcoin far more inclusive of unbanked populations. There is zero chance for identity fraud. There is no chance of someone acting like you to spend your money. To prevent this for national money and existing payment systems, the banking industry spends as much as $11 billion, which is five cents on every one hundred dollars spent.

Even then, it’s a disaster for your personal finances. You spend your money in an unusual way, you are nearly guaranteed to get a pushback from your credit card company. Even then, every few years, your cards are declared stolen and you have to get a new one and change the numbers on every online merchant website. If you have done this for 10 or 15 years, there is a huge paper trail of defunct credit cards on your websites.

In addition to payment-systems problems, there are the problems of the nationalized money system, which is so loose and confusing that no one knows for sure if we are in a boom or a bust or something in between or both. The uncertainty of Fed policy has reached epic proportions, and makes the confidence expressed by Keynes seem laughable in retrospect.

Also, that mining Bitcoin is costly is not some arbitrary imposition. It’s a fallacy to believe that the electrical costs are a waste. There is work to do to confirm transactions and operate the protocol. This will be true until someone can come up with some other system.

Put it all together, the gargantuan costs of the nationalized paper-money system, and compare it to the updated version of the gold standard, which is cryptocurrency, and the costs of mining Bitcoin don’t seem so high after all. The acquisition of any resource worth having involves a cost. Paper money is nearly costless to produce, and destroyed so much for so many centuries. All the complaints about the costs of Bitcoin mining should be considered in that light. 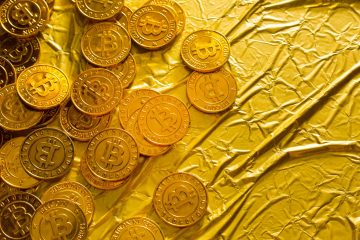 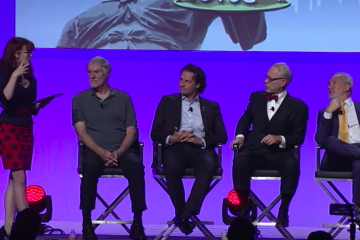 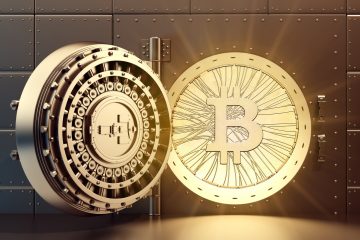