What is Crypto Really All About?

Published by David Veksler on September 11, 2021

To the outsider, crypto enthusiasts largely look like a bunch of libertarian leaning, wanna be economists who appear to have a major axe to grind with the financial system as we’ve known it for the past 80 years or so.  While there is some truth to this broad brush approach at generalizing a very large group of people, crypto is still so new, that what it is today, and what it might be tomorrow is hardly a settled issue.  For those who laud Bitcoin for its upward price action, there is an element of irony at play, because the retail market alone isn’t pushing that price upward, large institutions are.  Oftentimes, these are the very institutions that crypto purists see as the enemy of free markets.

A few of us here at Vellum have recently received credit or debit cards issued by crypto based companies.  There are several versions of these cards being issued, each with a slightly different flavor and rewards structure.  My card, issued by BlockFi, works like a typical credit card, but instead of getting “cash back,” I receive a small amount of Bitcoin.  In many respects, BlockFi is for me very much like a typical bank, as I have a crypto savings account there, with each asset earning some degree of yield.  Coinbase has a debit card with no fees that pays up to 4% cash back in crypto.  Celsius is a direct competitor to BlockFi, and while they will soon be coming out with a credit/debit card, they have not yet begun issuing them.   Celsius is actually one of the largest Bitcoin miners in the US, so it will be interesting to see what sort of rewards structure they implement.

The above is mentioned to help shine a light on what crypto is all about.  My card issued by BlockFi is not a political statement.  It’s not a middle finger to anyone in the traditional finance world.  I am not philosophically against the issuing of credit, after all, the card is issued by Visa.  In short, the only thing different is that I earn a little Bitcoin instead of some airline miles that can expire and go unused.

To really understand why crypto is important, one must really understand what is meant by a free market.  In America, believers in the free market typically point to the fall of the Soviet Union as proof that US style capitalism trumps government controlled economies.  Yes, it is true that the Soviets tried to control the price of everything and that proved to be a mess, but the US is actually not much better.  While our government does not dictate the price of a Ford F-150, it does something far more destructive:  it dictates the price of money.

On Friday, August 27, Federal Reserve Chairman Jerome Powell issued remarks as part of the Fed’s annual Jackson Hole symposium.  These remarks, carried live by several networks, were watched by almost anyone who has some role within the financial system.  Powell didn’t say anything that the markets weren’t expecting, so traditional markets kept flying, reaching all time highs shortly after the speech.  In the days following the speech, other Fed officials have weighed in, and analysts have provided all manner of insights as to what the short and long term ramifications of Powell’s plan might be.

In many respects, crypto represents the exact opposite of what we see from Powell’s remarks.  Bitcoin is first and foremost, decentralized.  Its magic, its power lies in its ability to be almost like a financial “truth machine” where price signals need not be interpreted based upon a speech, or an election, or a legal case.  While any market can be manipulated, especially in the short term, Bitcoin inherently eliminates the noise that is associated with the traditional financial markets.  When one supports the crypto concept, one is really supporting the idea that supply and demand represent the truest signals upon which any asset’s price should depend.  To believe in truly free markets doesn’t demand one see the Fed as an evil cabal, but it does demand that one recognizes how Bitcoin, with no CEO, no marketing, no legal structure, and no formal announcements, is the fastest growing asset in history.  That’s the power of freedom, and that is what crypto is all about. 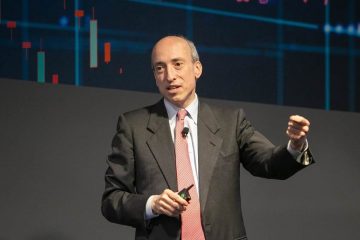