Digital assets may be the most future-proof investment of our lifetime.

Take Bitcoin. At 10 years old it continues to grow because it crosses more technology solutions and popular use cases than any previous attempt at digital currency. It’s positioned right in the middle of the largest trends of the 21st century: distributed platforms, AI, technological singularity, and efficiency disruption.  It is also a practical solution to real economic problems such as inflation.

As a fund manager, I spend much of my time meeting with investors and sharing our future vision of the economy. I’ve found investors fall into two camps: those who don’t recognize the huge technology wave which is about to force massive change in our economy, and those who see the massive changes and are terrified it will rearrange their lives right when they need economic stability.

To be clear: I’m optimistic about the future. Not just our future as Americans, but a global future for many people who in different times were simply unable to participate in the world economy. This is possible because of radical change brought about by technological innovation. What’s unique for our age is that the future economy will be hugely different than what we know today. It’ll be a new economy, and how we engage with each other in trade will be unlike anything mankind has ever experienced.

At some point, we’re all going to be using the blockchain and these brilliant new technologies. When technology successfully integrates into our everyday lives, we may never notice that our bank records, medical records, travel receipts, and taxes are now calculated on distributed ledger platforms. And we may never have to truly understand digital wallets, private keys, and the nuances of security encryption. This silent integration will bring the most value to the greatest number of people.

But if we all do is adopt new technologies – we’re breaking one of the fundamental rules of investment lore. If a product is so great, and you use it every day, why aren’t you also an investor in its success? Investors have a crucial choice to make: few become wealthy participating in the economy only as consumers. We are now in the early stage of the next major economic paradigm enabled by the Internet.  Most capital is still sitting on the sidelines. If you don’t believe me — at the time of this writing, Bitcoin, arguably the future money of the world, has a market capitalization smaller than any of the top 10 NASDAQ companies.

Investors naturally take a defensive posture to things they don’t understand.  I’m not sure if this is due to Warren Buffet’s ‘understand your investment’ philosophy or if it’s because people see the world around them changing faster than they can integrate into a reasonable investor outlook.  We are at an interesting nexus for digital assets. The golden cross is this: the ratio of crypto product development vs popular understanding is probably at the most imbalanced point we’ll ever see.  I expect public knowledge of digital assets to accelerate and as this happens, large amounts of capital will move into the new economy.

This represents a two-fold opportunity for investors. The first is the value distributed ledgers and blockchain will bring to the economy. The second is an investment in the adoption wave which will establish the value of digital assets as their use case becomes more common. Without a doubt, this will take time. But it’s also an economic transformation that could be bigger than the internet, and few doubt its future. It’s important that investors take the future head on and don’t let the new world pass them by.

In my next writing, I’ll discuss parallels between investing in digital assets and emerging markets, and how to understand digital assets in a modern portfolio.

Before the world switched to a fiat monetary system, people who wanted to build wealth kept their savings in a bank. Interest rates tended to equal the average rate of profit, which was enough for 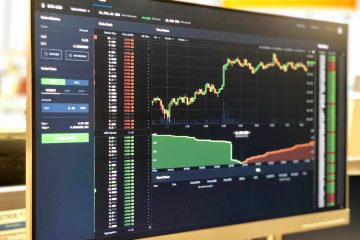 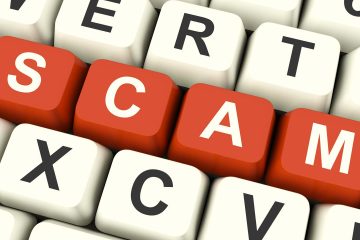 Purchasing Bitcoin and other cryptocurrencies on your own comes with risk.  Here are the five most common cryptocurrency scams reported by customers of Bitcoin Wallet Recovery Services: 1: Fake mining contracts: “mining contracts” which offer fantastic payouts, such